NEW DUAS Not Listed on the App

Duas requested by our app users 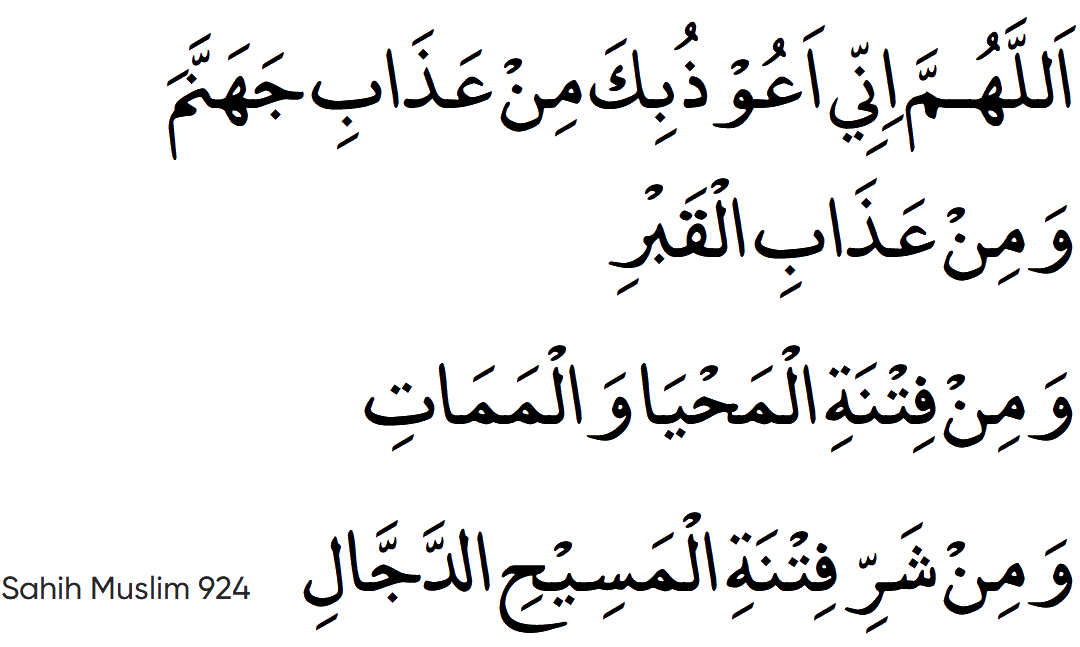 Translation
O Allah I seek refuge in you from the punishment of hell, the torment of the grave, trial of living and dying, and from the evil trial of the Dajjal.

Benefit or Virtue
Abu Hurairah رضي الله عنه reported:
The Messenger of Allah ﷺ said:
“When anyone of you has done his Tashahhud during Salat (prayer), he should seek refuge in Allah against four things”.
(say this Dua)

Made simple to memorise